Most of us take flour for granted. To many, it’s simply milled wheat. But our journey to find the very best loaf of bread has taken us back in time.

Early in the settlement of the Canadian West, a problem was evident. Canada’s traditional wheat at that time was largely grown in Ontario, and was not going to be successful with the shorter growing season on the prairies. The search was on for a wheat variety which, when milled into flour, would generate superior baking quality, but could be successful with the colder weather of the new provinces of Alberta, Saskatchewan and Manitoba. The Dominion Agricultural Research station in Agassiz, BC was the place where that special wheat would be developed and grown for the first time. Marquis Wheat was a cross between an early-ripening Indian wheat, Hard Red Calcutta, and Red Fife. It was leading edge technology at the time as it opened the way for Canada to settle the prairies. Marquis Wheat produced, according to the historical notes, a flour that had even better baking qualities than Red Fife, making it the preferred grain for baking. Quickly this specific varietal of wheat became the preferred seed for farmers across the prairies and in the northern US plains states.

However, following the Second World War, plant breeders perfected hybridization, and Marquis lost ground to other varietals due to a slightly higher yield with the newer strains. Decades of intense hybridization to continually improve harvest yields and crop productivity changed many of the qualities of some wheat.

In 2009, we came upon a rare handful of seeds from the original 1904 strain of Marquis wheat directly from the archives of the Canadian Central Experimental Farm, through the Alberta Garden Conservancy. We became obsessed with the idea of baking artisan bread with flour milled from this long lost wheat relative when we started to read about the exceptional baking qualities. 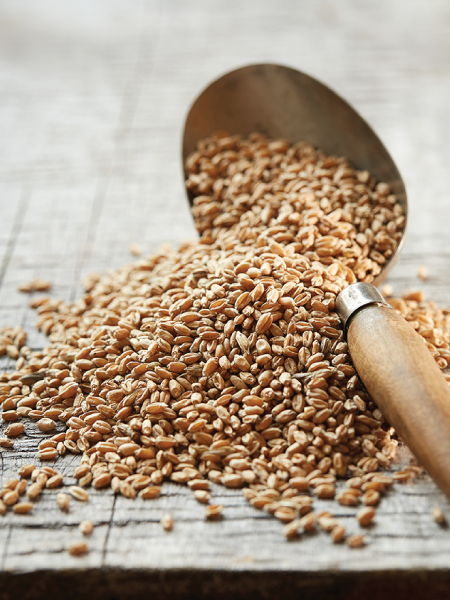 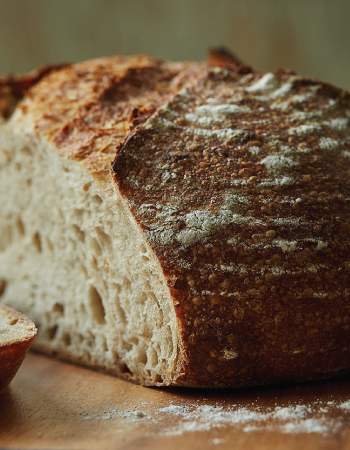 We worked with a like-minded farmer in Jim Greibsner-Otto from Agassiz, BC. Together, we worked at breathing life back into this heritage wheat. Jim sewed the seeds of Marquis wheat we had acquired (just 100 seeds in total!) and over the past number of years have worked to increase the crop size to a volume that can sustain a limited quantity of continuous baking. We’ve milled our Marquis wheat into a rich golden flour used to make our newest artisan innovation. Every loaf has its unmistakable rich caramel colour. Every loaf that you’ll enjoy is a part of our journey to bring back both rich BC history and phenomenal flavour.

Our newest creation is aptly named ‘True Love’ – while its origins are from a lost time, we think it will give you a reason to fall in love with true artisan bread. Every loaf is a part of your heritage, a truly important local BC story that takes you back in time. It’s pure and simple: flour, water, salt. We believe that ‘The Marquis’ loaf speaks to a real flavour that you will intensely enjoy.

The Marquis is available daily, but only in our Granville Island location with limited quantities produced each day on a first-come, first-served basis. The loaves will be available after 2:00 pm in the afternoon so you can have fresh bread for your dinner. Since the quantity of flour is limited, we will only be able to provide it on a ‘First Come, First Serve’ basis. We will however take prepaid orders on Wednesday by 2:00 pm for Saturday.  The next dinner party, or holiday celebration be sure that you are not disappointed, call the bakery order a loaf for yourself . Once this year’s harvest of Marquis Wheat is gone, so will the ‘True Love’ loaf be gone as well. 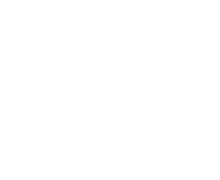